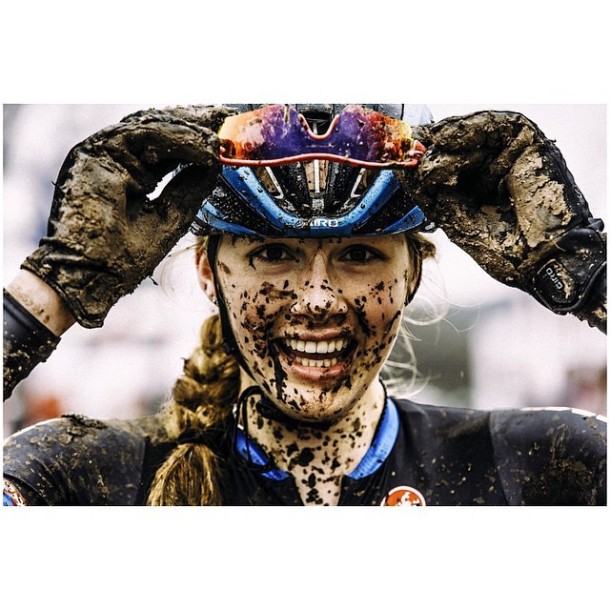 THE GIRL WHO OUTSMARTED A BIKE THIEF AND RODE AWAY

Bike thieves suck. Vancouver resident Kayla Smith recently learned this lesson the hard way when her Masi road bike was pinched by your typical dimwitted low life bike stealing jerk.At first, she proceeded to do all the right things by sharing the news with her facebook friends, calling her LBS for the bike’s serial number, and reporting the incident to the police, but this is where things begin to go awry.

Shortly after sharing her story via social media a friend called to notify her that the bike had been posted for sale on the internet. She immediately called the police and asked for help in recouping the stolen property, but was told by dispatch that the police would not be able to follow up till at least the next day. Like anyone who loves their bike, Kayla decided to embarke on her own cape crusade.

She arranged a meeting with the thief and after inspecting the bike to verify it was hers, she took it on a test ride – and never looked back.  Hop past the break to read about the incident in her own words.

I’m the girl who had her bike stolen in Vancouver, and met up with the guy selling it online and took it for a “test ride” and never came back. Since so many people said they wanted gone wild, and tits or GTFO I thought you guys might appreciate an album of my splits around the world. I wish I knew a site like this existed and I would have documented all of my splits around the world. But here an album of the ones I’ve got. Hope you like.

That said, I got a lot of flack for my Facebook post and the fact I didn’t involve police in getting my bike back. This is actually how the event went down. This isn’t a sob story. Stop reading now if you’re not interested. Bothers me that so many people had negative things to say but all the love and positivity was amazing.

First this is how it happened. I had my bike stolen from my friend’s house on Wednesday night. I posted on Facebook that I was disappointed and sad because I had worked so hard for the bike. I absolutely love love love my bike. So needless to say I was choked. I woke up the next morning and made two calls. The first one was to the police to make a stolen bike report. The lady I spoke with told me I would receive a call later from an officer who would be doing a follow up report. The second was to the bike store RIDE ON to get my serial numbers.

An hour later my friend calls me and says “dude I think I found your bike craigslist” she gave me the number and I looked at the post. He has posted from an address that was 2 blocks from where it was originally stolen. Immediately I called the police again and told them the information I received from my friend. The lady told me that someone would call me back and it might not be today. THIS GUY IS SELLING MY BIKE RIGHT NOW!!! I am not missing this opportunity waiting for a call. So I jump into action.

I called the guy up and made arrangements to meet him in half an hour at the main street McDonalds. (McDonalds, yes, McDonalds) When I pulled into the parking lot I still had no plan of attack. I got there and saw the guy with my bike. He was wearing board shorts, a raggy tank top and dark sketchy glasses. I noticed that it was my bike right away because of the RIDE ON stickers on the frame and the fact I have a silver handle bar plug on the left and a black one on the right. A description I gave to the police already. Here is where I started thinking on my feet.

I asked the guy if I could take it for a ride around the parking lot. He was weary and said “yeah but don’t take off…” I said not to worry that I would even think of it! My heart was pounding and I had no idea what to do so I just got on the bike and was like fuck this guy and started to ride. As I was riding away, I called my friend who was driving to meet me as backup. I rode to the adjacent parking lot where she was pulling into as I was riding. We watched the guy start to look for me and he got super freaked out and he suddenly just took off running.

Three construction workers who had watched the whole thing go down, made comments like ‘we knew something was up, there is no way a guy like that owns a bike like that.’ They watched me walk up and then just ride away. To be honest I was shaking and freaking out. I hands down couldn’t believe what the fuck just happened.

I posted my pic on Facebook with a comment. But everyone wanted to know what happened. So when I wrote that story my adrenaline was still pumping and obviously my phone auto corrected McDonalds to McDonalds because of a friends last name in my phone. I obviously know how to spell McChicken, McRibs, McFREAKING MCDONALDS!!!

(Sorry for the rant, I spent some time reading comments last night. There were some harsh comments. My friend who posted it for me just laughed.) I probably shouldn’t have called for justice and posted his #, but, I was still amped up.

I looked at my bike after my girlfriend took the picture of me grinning ear to ear and noticed he’d pimped it out for me by putting on some extra lights. (for those who thought it was a fake story because they couldn’t see the lights, there is a green light on my seat post and a small blue light hanging from my right handle bar. They are tough to see in the picture but they are there. )

After that I called him and personally left him a message apologizing for not sticking around to pay him for the bike HE FUCKING STOLE FROM ME!!! (insert a bunch expletives.) I went home and checked my serial numbers, which of course matched. I looked his phone number up on craigslist and noticed that he was selling a bunch of bikes and iPhones as well. I called crime stoppers and gave them all the information I had, and I called the police back to let them know I didn’t need to file that report after all. The lady and I had a great laugh about the day’s events. 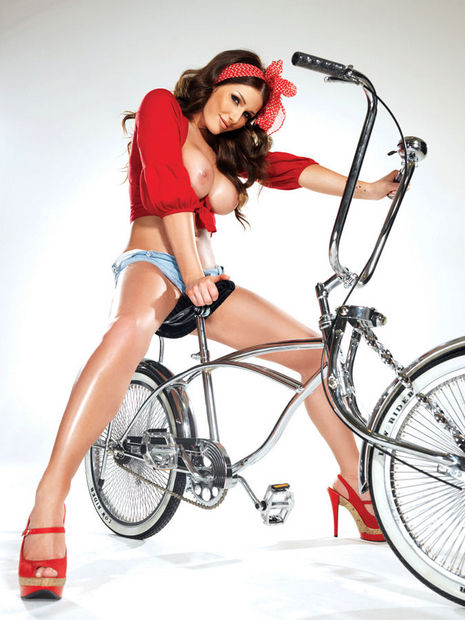 via Chicks and Bikes dem Fachmagazin

via much color, Webshop aus Japan.

The lovely lady you see is one Julie Krasniak, and the bicycle that accompanies her in the photograph is the one she will be riding in Olympic preparation and the French national time trials. Shouts to all the ladies putting in work.