Eddy Merckx (C) smiles as he does a victory lap along with Frenchman Raymond Poulidor (left) and Spaniard Vicente Lopez-Carril (right) at the end of the Tour de France, 21 July 1974 in Paris. Merckx won the last stage between Orleans and Paris to tie the record of eight wins in one Tour and captured his record-tying fifth Tour de France. Poulidor, at age 38, finished second and Lopez-Carril, third.

The quintessential car of Eddy Merckx 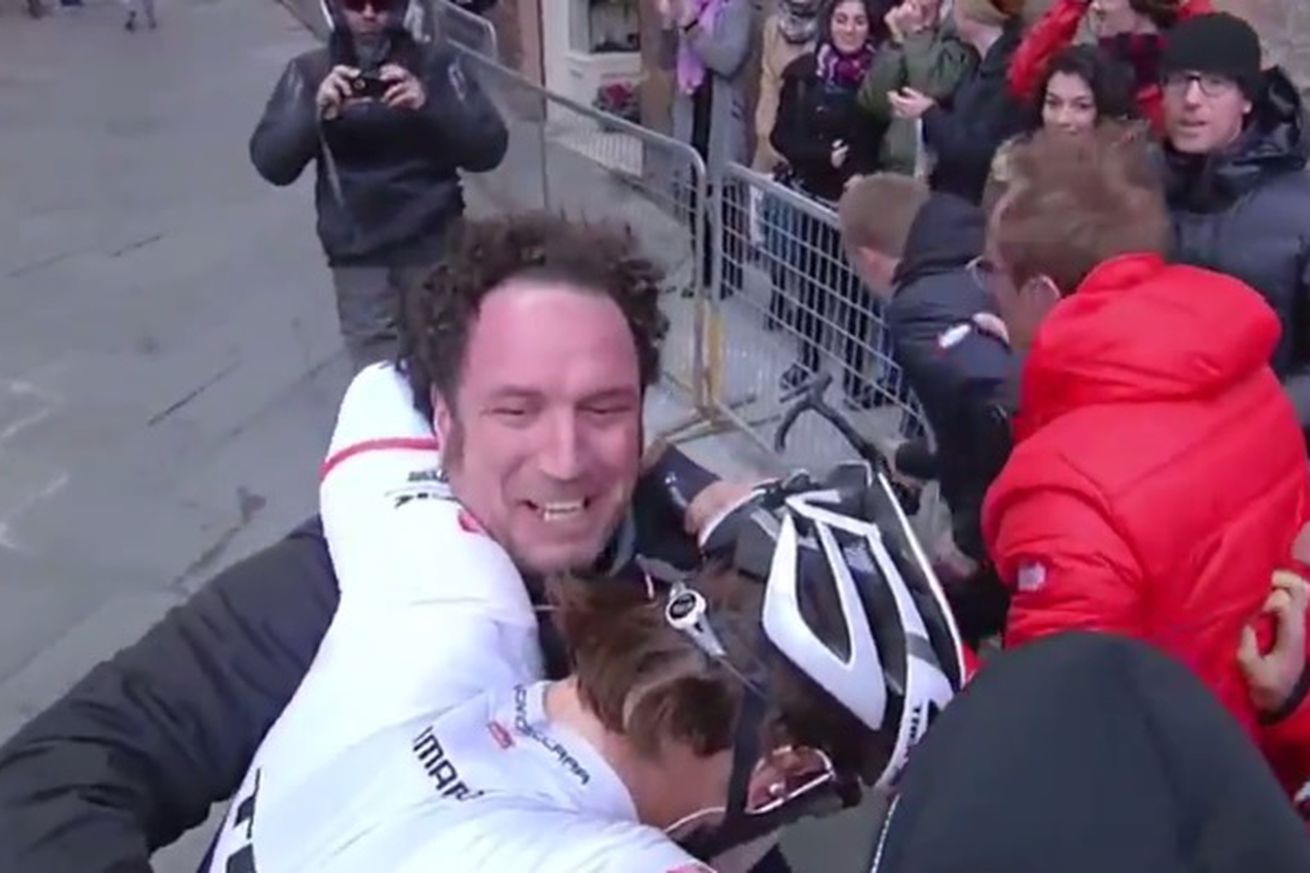