Bowi was the first EP released on Stiff Records. Recorded by Nick Lowe, who had also released the first Stiff single, the title and cover were a humorous response to the David Bowie album Low, released earlier in the year. Lowe decided that as Bowie had made an album with his name, but without the final e, he would make a record with Bowie’s name, also lacking the final e. (wiki)

Songs for bicycle owners: B and B

It raises an important question: should Germans rap? 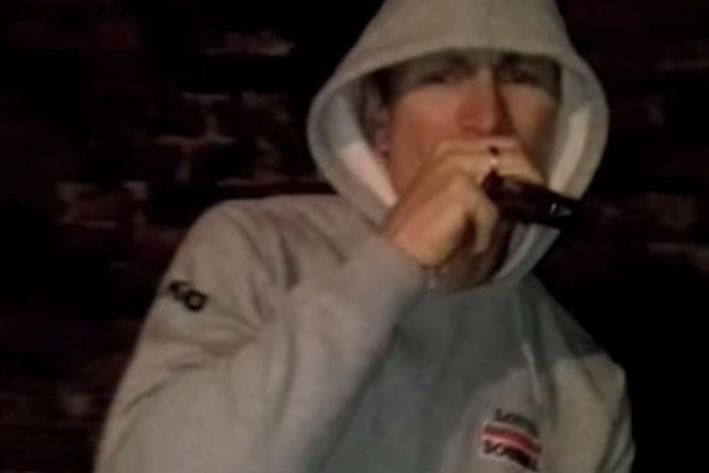 Alright, I guess we need to deal with this. André Greipel has a rap video now, and it’s not going away.

1. It’s not the first cycling rap.

Not even close. Unfortunately, the skin tone of these past efforts is not unlike the sport itself, and some „Tour de France rap“ entries are so white that they interpret „rap“ to mean just talking. There is a written-form-only entry from La Mannschaft, which seems like a promising multilingual mashup. There’s an actual, produced one called „Epic Rap Battles of History: Lance Armstrong vs. Babe Ruth,“ which needs to be killed with fire. And then there’s this:

I made it as far as two minutes. One takeaway: they at least understood the concept of a rap battle. Finally, there’s a rap so hot it can never be produced, for the safety of all mankind. Or at least Carlos Betancur.

2. It’s not the worst celebrity rap ever.

Rap has been around since the early 1980s, survived appropriation by VH1, and became popular enough even back in the skinny tie days to prompt a long list of really geeky white guys to try their hand. Here’s one list of the worst efforts, though I should say Ivehemently disagree with the Joe Pesci inclusion. Paying homage to Blondie’s Raptureshould be good for exclusion, no matter what else happened.

3. It’s not the best Unlikely Sports Celebrity Rap ever either.

Nope. That title belongs to 650-pound Hawaiian sumo pioneer Konishiki. And it’s so good on so many levels it clears the field. As in, don’t even bother trying to top this.

4. It raises an important question: should Germans rap?

The answer is definitely yes, but with great caution. It’s a big, diverse country and not everyone comes off as goofy as your average cyclist. I’m sure in Hamburg or Berlin there are plenty of street-toughened characters who know how to use the medium with style and subtlety. But the accent is jarring to my old-skool rap ears, even with the classy rolling „r“. Oh, and East German kids who came up through sports academies to master sports and fitness science? Do not rap. I’m begging you. Style and subtlety have no place in your life. And yes, I’m looking at you fellow Rostockian Jan Ullrich. Oh, and Jens Voigt? Don’t even think about it.

5. What do we think of the Gorilla now, in light of this stunning development?

André Greipel is one of the most universally liked, friendliest-seeming persons in cycling, and a major crossover beast who commands a shit-ton of respect from riders and fans. But with great success comes great entourages, and a barrage of bad advice. Like, who thought all it took to look tough was to put on a hoodie (stereotype alert!) and start pointing your fingers sideways? It would take all the gray cotton in Mecklenburg to mask that near-total lack of edge. Also, if you wanted to scare the English speaking world, why not just rap in any language other than English? I can tell you, we generally find that terrifying. Having even one single American in your entourage would have been enough to avoid this error.

Next time you feel the need to rap, André, put me in your entourage and we’ll work something out. By the way, what do you think of Carlos Betancur?

Spin London: How deep is your love ?