Todays training led me again to the town of Ritterhude, which is partly located 48 m above sea level. Three major hills, one of them with cobblestones and one even with 20m elevation difference provide a training mecca for the Transalp 2011 in Northern Germany.


Another cold day in Bremen. To solve my „cold feet“ problem I opted today for one pair of woolen socks and another one on top. Plus one カイロ in each shoe plus Assos shoe cover. It felt much better than the last time, but I was only outside for 2 1/2 hours and in addition it was rather warm: Four degrees plus when I rode in the afternoon. What a bliss to ride the Cervelo again. But wait, what’s coming next…..


Riding along the river Wuemme, the swamps to the right were still frozen.

With a nice tailwind that was not too strong and staying below 145 HRM, I made good progress and reached Ritterhude after 25 km. There is a very nice „hill“ that leads up from the river to the main road on a cobblestone street. This is the Ritterhude version of 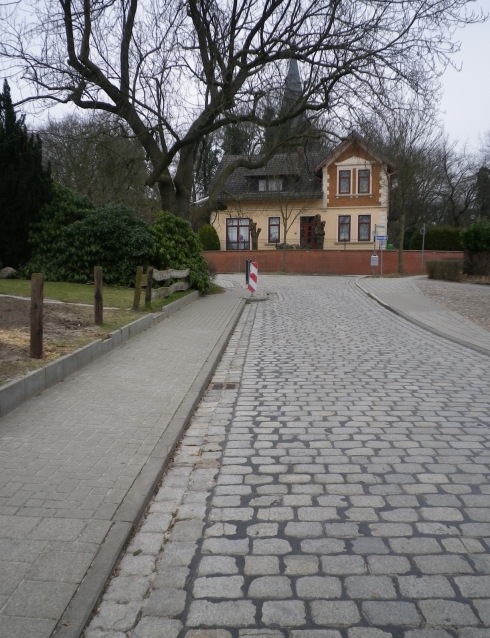 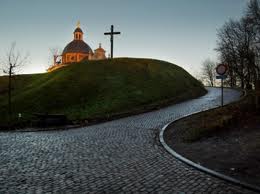 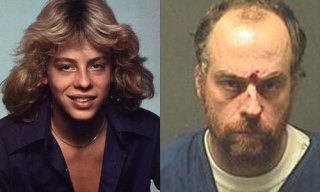 There is even a „Kapel“ in the background as well. Sorry if you can’t see the slope. It is ever so slightly. This nice road lead up to the not so nice main shopping street of Ritterhude that in turn turns into a major road leading to Osterholz-Scharmbek. Basically it is the road version of the life of Leif Garrett. But at least there is another slope which adds perhaps 10m followed by the longest slope around Bremen with about 20m elevation difference. DIY center on the right, car dealers on the left. You get the picture. A smaller version of 246.


Then there is a long straight part, until the road makes right turn goes down for about 20 m elevation and come up again. I did this once and back all the way and then I started to do the Kapelmuur again. This added more than 200m of elevation to my training today, which is the rough equivalent of one Otarumi from the Sagamiko side. All data from my Ciclo bike computer, so please be aware that my statements are grossly exaggerated.


I rode back the same way and was home 2 1/2 hours after I left. 70 km of training. My legs, heart and lungs are OK, but I really feel the lack of long rides recently because my upper body, especially the shoulders, are starting to hurt quite fast.
I also fell down when I accidentally disengaged from the left pedal, so that the bike leaned to the right side where my shoes were still clipped in. I saw it coming but had no chance to escape. But after all the crashes in winter, this was really nothing.


Will be off to Berlin tomorrow. Another figure skating competition. Probably I will meet Marek as well.