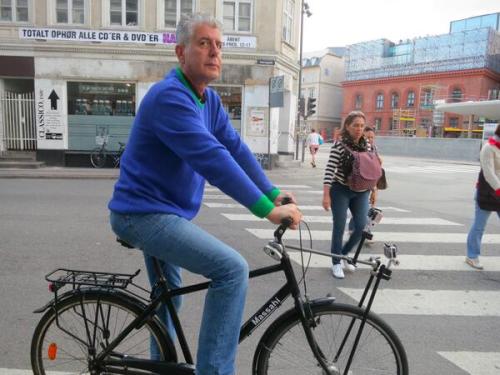 I bought his book „Kitchen Confidential“ in September 2002  either at an airport or at a bookshop in Tokyo. I liked the coverphoto, a weird mix of styles – Hippies from the Seventies to Butchers from Fin de Siecle.

I read the book, I liked it. Although in the end it reads rather thin. I liked to guy. Later I found out that what Anthony Bourdain has become really famous for was reporting for CNN about travelling and cooking the world. Like Charlet Duboc doing similar things about fashion for Vice TV. Although enjoying good food and dressing smartly, looking at food or fashon respectively on my computer screen does not rank high on my priority list.

So sad to hear that he dies.
Similiar sentiments at Red Kite Prayer.