Friends from Japan visit Bremen rarely. If I tell my friends: „And if you ever come to Bremen please drop by.“,  they usually answer: „Well, if I ever be in Bremen it is because I am lost.“

After having met Ludwig in Japan in April and riding with him up and down Ashigahara and Mikuni Toge, it was a pleasant surprise that hardly one month later he would be coming to Bremen so that we could ride together again. By his own account and as a Southern-German breed, that was his first visit to the North of Germany. The occassion called for some spectacular rides and a sensible introduction into North-German culture.

Which can be quite peculiar, I am from a small town with along name (Mönchengladbach) located in the lower plains of the river rhine close to the Dutch border. People from there usually have a terrible accent, talk alot, have a good sense of humour and don’t care about punctuallity. That is why they tend to end up in marketing and advertisement jobs. Locals from the North are different. It took quite a while to grew accustom to local habits.

For example, people in the North are always drunk. Before going to work in the morning on a normal day they dress up in fancy dresses, meet their friends and open a few bottles of beer, preferable Haake, Becks or other local brands. Then they put the remaining bottles of beer in a cargo flyer and commute to the office or factory. As we started our ride early in the morning we met quite a lot of these groups on their way to work

Northern Germans on their way to work
Or perhaps three kings on the way to Bethlehem?

Well, that was at least what I intented to sell to Ludwig about the situation here. As a matter of fact it was Ascension Day in Germany, which is celebrated together with Father’s Day and Bremens male population was running wild and drunk in the country side. Teenage Rampage!

As for the choice of rides, I had two options in Bremen: Select a boring ride along the endless pastures of Lower-Saxony to proove to Ludwig that indeed I am right to state that riding aroun Bremen is much more boring that the wonderful hills and mountains of Japan, or organize a route that will bring together some of the most amazing wonders in the area. I opted for the later and we started by crossing the river Weser onto the West side at the Weser barrage close to „Ichigobashi“.

From there on we proceeded South along the river until we arrived, much to our surprise we almost arrived in Jerusalem; hey we must have been really fast. 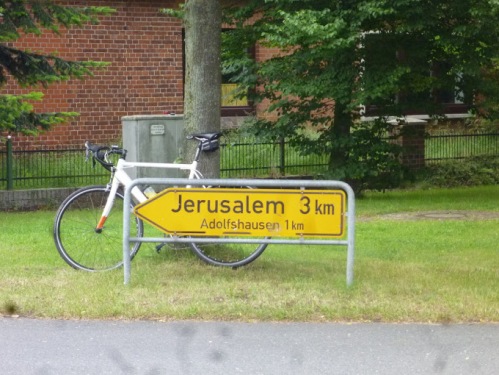 There is only way way to Jerusalem: Through Adolfshausen. 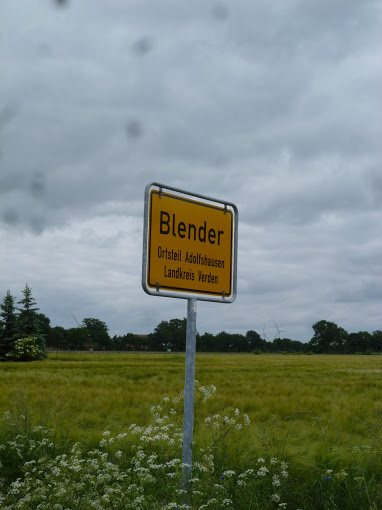 All of that located close to Blender.

From there onwards we rode further South to Buchhausen-Vilsen in order to enjoy some of the bumps aka as „hills“ and some of the good food in the local cafe. We enjoyed th long alleys lined with bircha nd other trees. 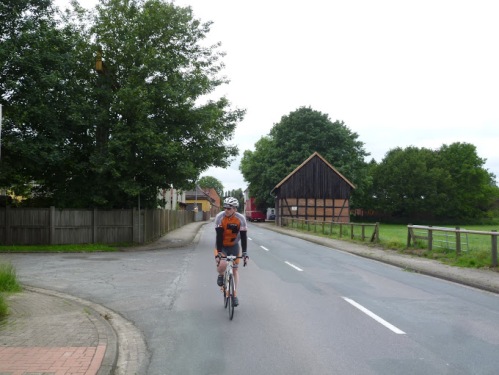 As we started late thanks the National German railways we decided that we shorten our trip and headed back to river Weser and rirde along the West embankment until we reach the small pedestrian bridge to the Werder island close to the center of town. 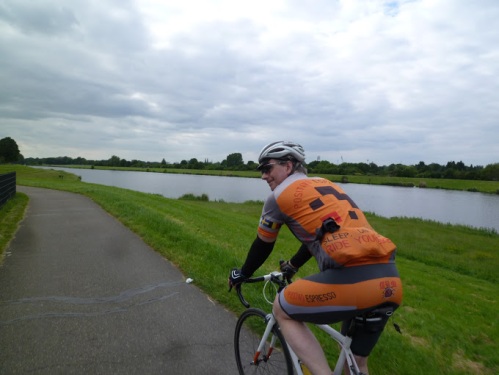 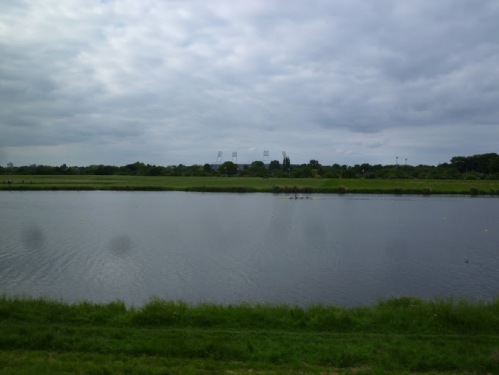 Now, THAT is Northern Germany. We found our way to Cafe Sand and crossed the river by taking the small ferry.

Bremians, on their way home from work. 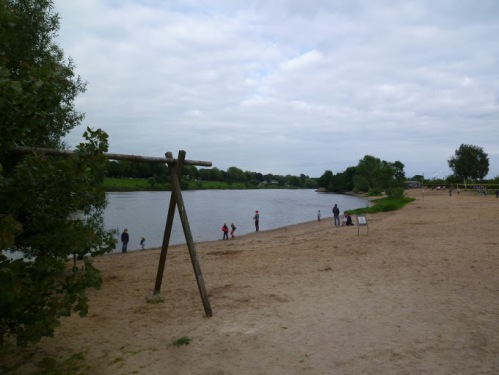 After arriving home and dressing up for dinner. I took Ludwig to another river close by, the Wümme. It was now almost 7 PM and all other male Bremians were home, drunk and sleeping. This gave as a chance to visit the „Schleuse“ (sluice) a reclusive restaurant on the wrong side of the Wümme. The right side is the right side, aka as Blockland, where asphalt surface is nice, many restaurants are located and people come from wide and far to spend the weekends walking, drinking and eating. The left side is the wrong side, Roubaix-like road surface, not many people and only two restaurants. 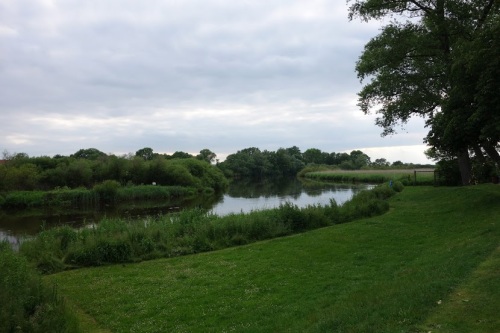 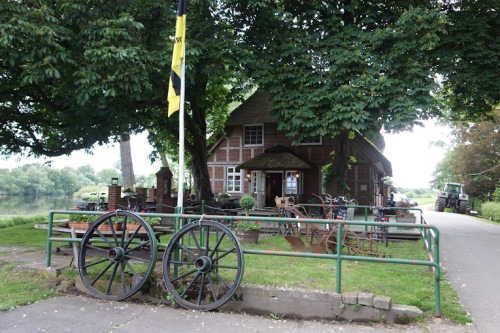 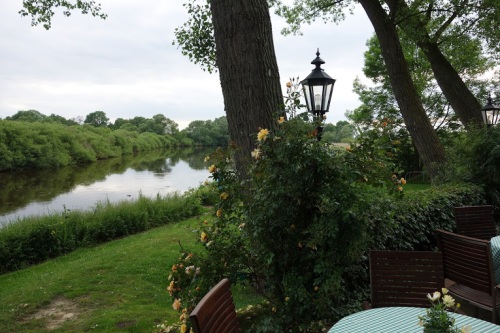 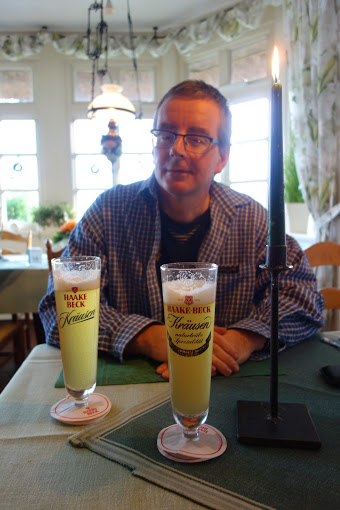 Not sure why, buit I feel better on the wrong side of the river. The next day we droove teh car down to Osnabrück where we had another ride. But this is a different story for a new post.