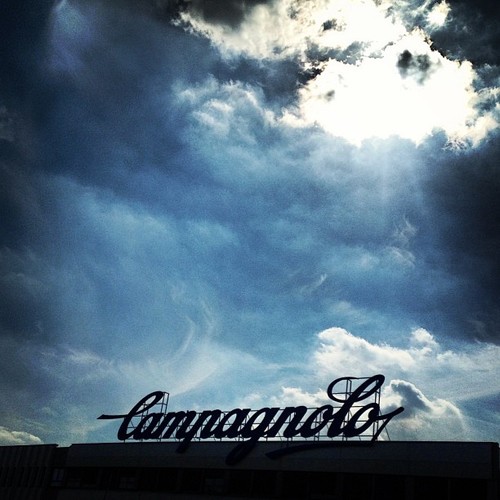 Olmo from the Ice

Despite the fact that I was raised in the sixties and seventies, my parents didn’t own a television set for quite a while. I was forced to go to my grandparents who were living next door when I liked to watch TV.

My favourite programs as a kid were „Krempoli„, „“Stanley Beamish, „Mini-Max“ and the Augsburger Puppenkiste, a marionette theater that would make any kid of today asleep within 10 seconds. Michael Ende, Ottfried Preussler and Max Kruse all wrote famous pieces for the programm and one I remember in particular were the stories about Urmel. And the charcter I liked most was the sea elephant. One day, when I retire, I want to become like the sea elephant from Urmel.


So this is perhaps why the name OLMO, which is or was one of the famous Italian steel frame builders of the sixties, seventies and eighties, is high in my personal list. When I started to become interested in old steel bikes a long time ago (autumn 2010, to be precise), the first bike I fell in love with was the Moser Leader AX evolution This is a nice frame but it very hard to get them in large sizes and . now it is somewhat too modern for me with TIG welded joints and unifork. The second bike I fell in love with was an Olmo. I now own too Olmo frames (I have sold the Faggin and the Peugeot in the meantime to finance them). and the blue one from the Nineties will become my commuting bike and the white „Olmo from the Ice“ will become the showpiece. 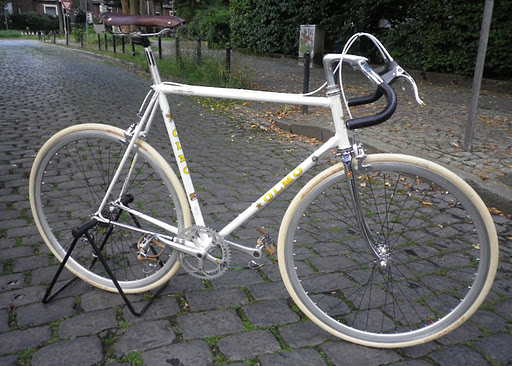 Still a lot of choices to be made, but here are some photos showing the actual status after working on the bike today. The frame was rusty and in poor conditions when I got it first from Vienna. It was grit-blasted and painted and I bought a set of new decals. Almost every component has a special story. Note the leather grips on the track handle bar, the Shimano 600 AX aero brakes and the Arabesque shifters.


There’s so much to write – but another time when the bike is ready. Enjoy the photos.