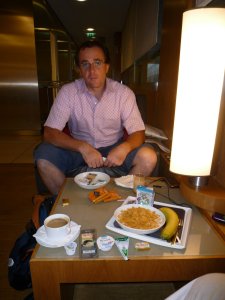 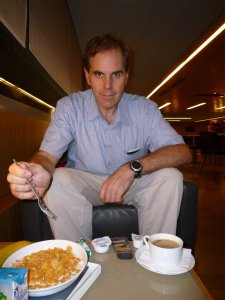 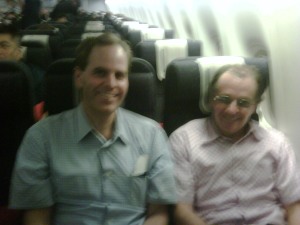 In Transit
We arrived on time at CDG in Paris 415AM and are using the lounge — showers, a place to charge electronic devices, and last but not least breakfast, including a wide array of Lactalis diary products such as this delicious (delicieux?) serving of President brand Tomme Noire fromage. 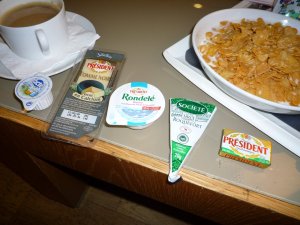 A fine day out [continued] 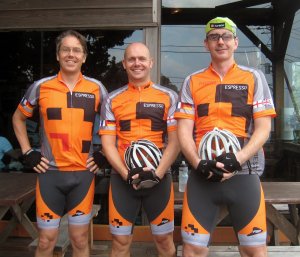 James, Dominic and me took the Shinkansen out to Mishima on Thursday where we wanted to start to explore some more roads of the Izu peninsular and show off our new Positivo Espresso team wear. 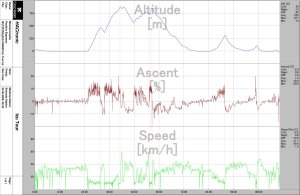 Actually that was the first time for a ride in the new 2009 kits so we wanted to make it a memorable one. The weather was OK when we arrived at Mishima station at about 8:30, assembled our bikes, made final adjustments to man and machine and tried to ride out from Mishima as fast as possible.

Somehow and with the help of James, his iphone and Google maps we arrived at route 414 along the West coast which is at least as boring as riding out through the suburbs of Tokyo. But once we were on road 17 the traffic became lighter and with a good tailwind we also made good speed. My god, I thought, we will be in Shimoda by noon.

But we had ambitious plans. So instead of continue to ride along the coast, what we have did so many time, we forked off to the left on route 127. 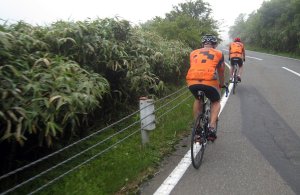 A long climb was waiting there for us. I had problems withe the rear derailleur despite that Nagai-San had adjusted everything only two days before. Dominic and James were gone and I creeped up the hill at 8 km/hr or so – it was really steep and I felt that I was in really bad shape. So we moved to 真城峠 and then further and unfortunately down and up again on to heda (戸田) Pass which was the start of a climb which brought us almost to 900 meter elevation. 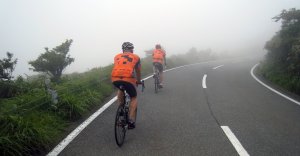 And into the mist. 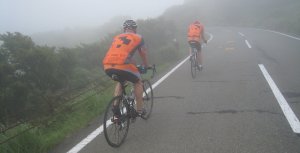 And finally to the famous Hayakaze Toge and even higher to Nishina Toge where we completely ran out of water after this very exhausting series of long and steep climbs.

We asked a peeing Japanese along the road if we can take the small road down to Matsuzaki and he said that it would be OK for cycles. There were some construction sites along the way and our bikes got really dirty, but we made it down and we could hear the sound of water and finally we stopped at a small stream to refill our throats and bottles. That felt good.

Along the way down we passed a group of construction workers that were sleeping on the asphalt next to their cars with a huge banner reading „作業中“, literally „Man at work“. Too late to make a photo now.

There was still a lot of debris on the road and it was also still wet from the rain of the previous day so we took a rather cautious approach down. Luckily there was a guy with a portable vacuum cleaner (or blower?) who started to clean up the mess so we can expect better road conditions any time soon. In which countries of the world to you meet a guy in the middle of a forest trying to clean with hoover?

Next stop at a family mart in Matsuzaki. This is a traditional stop in case you want to know why we stopped there. After 4 and a half hours of riding without major breaks we were also desperate for some food.

We then continued to ride towards Jaishi Toge, another traditional Positivo Espresso climb where Jerome always strips naked and we all take a nap on the bare asphalt. 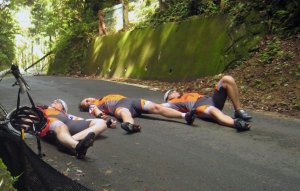 Riding up to Jaishi Toge followed by the long descent in direction of the coast is one of the most beautiful stretches in Izu. Nice fast roads and some smaller hills which can be sprinted over. The last part to Shimoda was easy and I was feeling stronger with every minute. 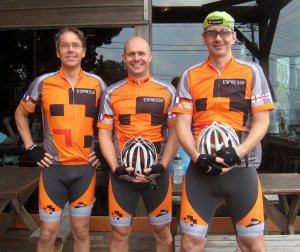 We then had a good meal at the Sunny Side Cafe and took the train back to Tokyo from Shimoda. A very nice training trip which provided me with the right amount of stamina for the Hitachi Naka Race. Thanks to James and Dominic for the good company.

When I was living in Malaysia in 96/97, one of the thing I missed the most were good newspapers.

The Internet was just at the start and there was not very much to read. The only (serious) English malayian newspaper was the NEW STRAITS TIMES and it was divided into three sections: On the front page usually prime minister Mahatmir gave his comment on anything in life („Youth should not dress so colorful.“) if you want to hear it or not; that was complemented by some stories of modest interest („Fake Honey Factory raided“).

As basically every day a few factory was commissioned, a new bridge completed or a new product launched, in the middle were stories about receptions, dinners and other social events, I will explain that later. The last part was full of advertisement where the investing companies and their subcontractors congratulated the prime minster, some sultan or other dignities on the opening of their own factories, the roads or the new products.

Now, the „social event part“ consisted of photos of more or less prominent people sipping fruit juice. Some explanation were required below the photos, so there were always the same ones, like „Sharing a joke at the HP printer cartridge refilling station reception, from left to right: Mohammed Kazar, Datuk Sans Serif., ….“ in case even only the hint of a smile was visible at least at one of the faces or „Talking business at the HP printer cartridge landfill opening, from left to right: ….) when there were no smiles.

After having made some photos at the latest Positivo Espresso Team Party, I thought it might by nice to continue the new straits times style at this blog. 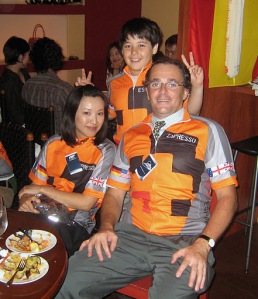 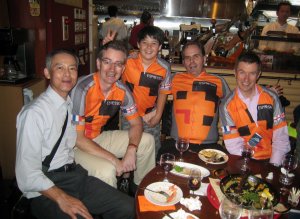 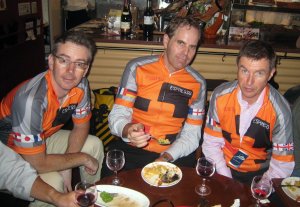 Talking business at the POSITIVO ESPRESSO after reception. 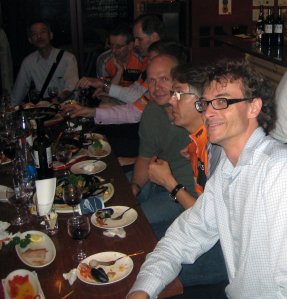 Getting the news from foreign investors at the POSITIVO ESPRESSO Team wear fashion show. 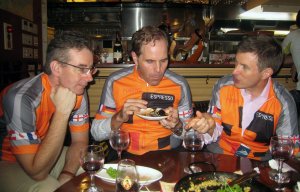 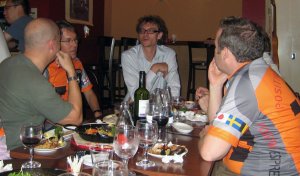 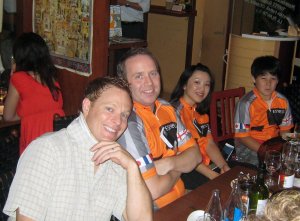 Sharing a joke and a drink on the way to recovery. 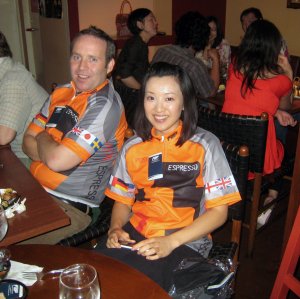 Happy in their new outfits are POSITIVO ESPRESSO most happy couple.