via Giant Milk Can

8bar at Fixed Gear Criterium Gijón 2012 in Spain from 8bar BIKES on Vimeo. 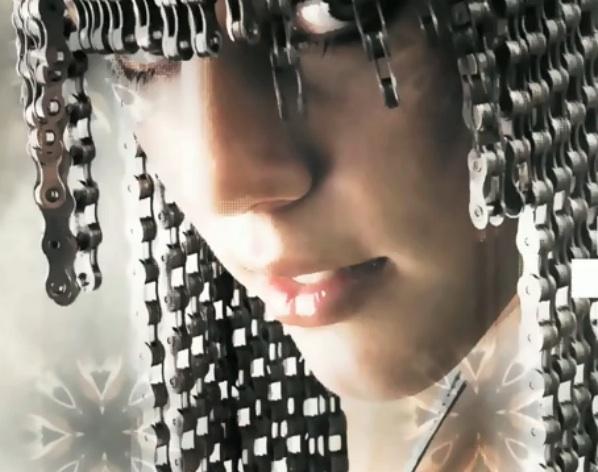 Minutes after crossing the finish line a rider can stand on the podium with a leader’s jersey that’s got their sponsors on the front. How this is done was the subject of a few emails from curious readers during the year and it’s worth explaining this again.

Similarly here’s a look at the custom team bikes used by riders in the big races, how some teams come prepared and others prefer to keep the mechanics on standby.

How many yellow jerseys are there in the Tour de France?

We might think one for every stage but that’s not true. When the rider stands on the podium they get a special podium version with a full zip at the back. They insert their arms and then five-time Tour de France champion Bernard Hinault uses his dainty fingers to zip up the jersey at the back in one quick move. So this is on for show. As soon as the rider steps down from the podium they go backstage to where race staff are waiting with a collection of yellow jerseys to be signed. The rider is given a big pen and they get to work signing several jerseys. So far these are all for show, the signed versions will go to VIPs invited for the day like the local mayor – after all his town hall has paid for the stage – as well as managers and preferred clients of LCL (ex Crédit Lyonnais), the French bank that sponsors the jersey. In addition to this the rider gets several jerseys for themselves, a lightweight mesh version, a thicker one and a long sleeve version too, these are meant for racing and come in the standard sizes, S-M-L etc. This can pose a problem for some riders are some teams have custom kit that is made to fit the rider and ensure it doesn’t flap in the wind or covers anatomical oddities, for example Hincapie clothing supply BMC Racing’s Alessandro Ballan with bespoke kit to suit his elongated arms.

As for how the jerseys are made, the photo above gives a clue. All are made in advance and a man in a van does the hard work to print the team sponsor logos on the jersey. Earlier in the year these graphics are agreed by teams and ASO so that everything is in place for the race, all that remains to be done is press the design on to a virgin jersey. The same is done for the other jerseys on the day and other races often do the same.

Custom bikes
No sooner than a rider gets a jersey then they seem to get a custom bike. Note this usually only holds true for the big races, take the lead in the Four Days of Dunkerque or the Vuelta a Burgos and your bike might get an extra coat of polish but no more.

The obvious and easiest change is bar tape. As the photo at the top shows mechanics can change the tape to match. It makes sense too because the extra attention means dirty bar tape has to go anyway so some matching rolls will help the bike look better. Look more closely at the image at the top and Hesjedal is on a custom painted frame, note the pink around the head tube.

Some teams will travel with custom frames but others won’t, just as some came with boxes of yellow helmets for the Tour last summer in case they led the team competition. It might feel wrong on superstitious grounds to come with a truck of yellow gear for the Tour but it’s professional and prudent to be ready in case good luck strikes.

Should their rider take the lead then the bike supplier starts offering overtime to some workers to paint the correct-sized frame in the evening and then someone will drive or courier the frame overnight to ensure the mechanics have time to build up the bike. There’s no accounting for taste and you might find a full polka-dot Colnago excessive, like the bike has got measles but I’ve just mentioned the name of Thomas Voeckler’s bike so the promotion has worked. And this is what the effort is about, it supports the rider but above all, it gets people talking and ensures extra photos of the special bike, even if it only special thanks to some yellow tape or pink paint.

The same of course holds true for everything else, from sunglasses to shoes. Again look at the picture of Hesjedal and you’ll spot pink shorts and a pink helmet.

Summary
The yellow jersey is the symbol of cycle racing and is yellow because the newspaper L’Auto which created the race in 1903 was printed on yellow paper just like La Gazzetta Dello Sport is printed on pink paper today and themaglia rosa of the Giro is pink. This is commercial branding from Day 1 of the race and it exists today, indeed marketing types must salute the genius of the Giro to have a pink jersey that promotes La Gazzetta whilst alsoselling space on the front to Balocco.