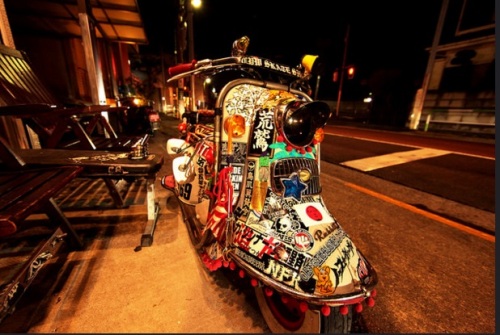 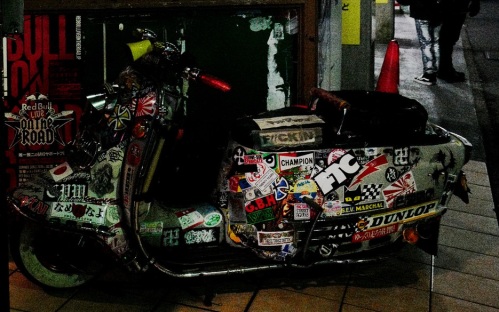 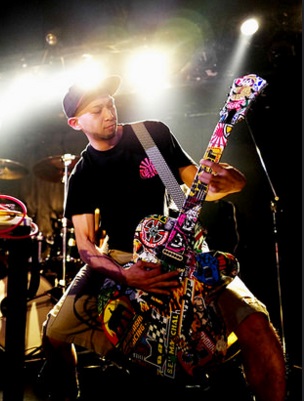 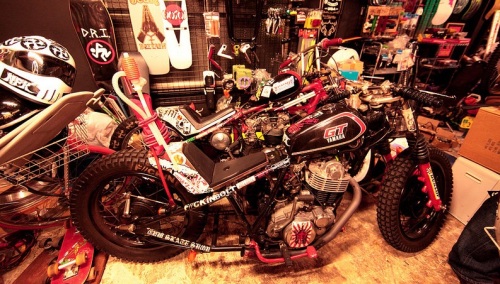 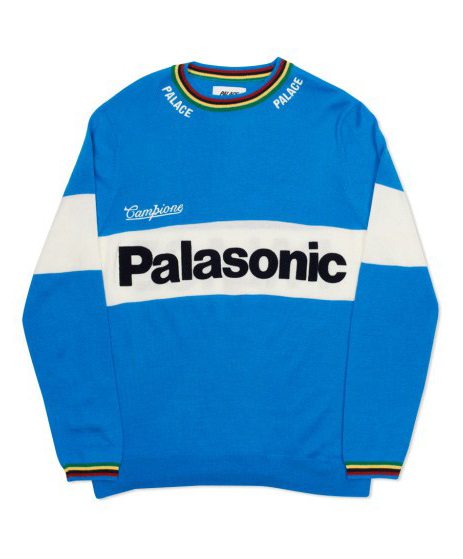 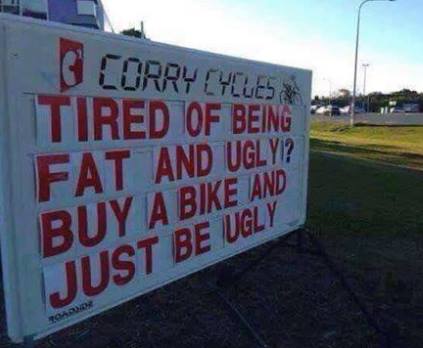 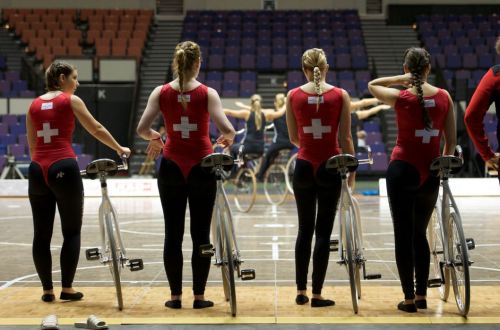 „….and if that eternal desire to want to  get better doesn’t spark you probably should take up gardening.“ 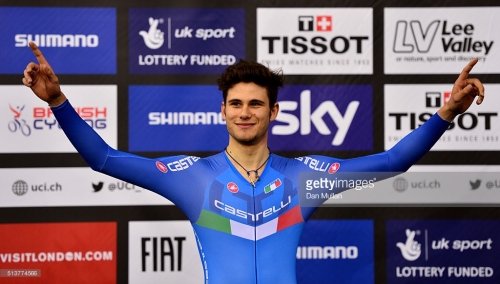 Amer Sports, which owns Mavic and other outdoors brands, has just announced their acquisition of ENVE Composites for $50 million in cash.

The official statement (copied after the break) says the deal expands Amer Sports’ operational scale, which seems interesting considering ENVE’s comparatively small manufacturing facility in Ogden, Utah. The statement also claims ENVE’s annual sales to be around $30 million, which is a rare peek into the size of the until-now privately held company.

Most recently, ENVE has unveiled ultralight full carbon hubs and tubular cyclocross rims, as well as recalling some road forks. We’ll see ENVE at NAHBS this weekend and get a little more on the story and, rumor has it, see a new product or two on various bikes…

The acquisition price is USD 50 million in an all-cash transaction. The acquisition will have no material impact on Amer Sports’ 2016 financial results, and it will be accretive to Amer Sports EBIT margin as of 2017. The closing of the acquisition is expected in the first quarter of 2016.

Amer Sports
Amer Sports is a sporting goods company with internationally recognized brands including Salomon, Wilson, Atomic, Arc’teryx, Mavic, Suunto and Precor. The company’s technically advanced sports equipment, footwear and apparel improve performance and increase the enjoyment of sports and outdoor activities. The Group’s business is balanced by its broad portfolio of sports and products and a presence in all major markets. Amer Sports shares are listed on the Nasdaq Helsinki stock exchange (AMEAS).

ENVE Joins the Amer Sports Family
February 22, 2016 – Ogden, Utah, USA – ENVE is pleased to announce that ENVE is joining the Amer Sports family. Amer Sports is a sporting goods company with internationally recognized brands including Salomon, Wilson, Atomic, Arc’teryx, Mavic, Suunto and Precor. The company’s innovative and technically advanced sports equipment, footwear and apparel improve performance and increase the enjoyment of sports and outdoor activities. ENVE will remain in Ogden and continue with their plans to move into a new operations and manufacturing facility this fall. ENVE’s Senior Management Team, including CEO Sarah Lehman, will remain at ENVE. ENVE will complement the Mavic brand and enable ENVE to grow internationally, as part of the Amer Cycling portfolio.

“After owning the business for over ten years and growing the company to the strong brand that exists today, the ENVE owners felt that Amer Sports would be good stewards of the brand and a great home for our employees,”

ENVE Composites
ENVE Composites is a manufacturer of handmade carbon fiber bicycle rims and components. Partnering with the prominent frame builders of our time and the world’s best athletes, ENVE combines the best composite technologies with real world athlete feedback to provide our customers with the ultimate in performance, durability, and quality. ENVE designs and manufactures 100% of their rims in their Ogden, Utah, USA facility.

Mavic and Enve Composites under same ownership — what it means

Amer Sports, the Finnish parent company of Mavic, Salomon, Suunto, Arc’teryx, and other outdoor brands, announced today that it has purchased US-based carbon fibre wheel and component specialist Enve Composites for US$50 million in an all-cash transaction.

While acquisitions and mergers are nothing new in the cycling industry, this one portends some particularly interesting possibilities in terms of product moving forward.

Despite softening numbers, Mavic is still a giant in bicycle wheels with over US$150 million in annual sales. However, its luster has tarnished a bit in recent years due to an aging product line marked by narrow rim profiles, a stubborn reluctance to offer tubeless compatibility, a dearth of carbon rims and disc-compatible models. To date, Mavic has yet to introduce carbon 27.5 or 29in mountain bike wheels.

In fairness, that tide has started to shift recently with Mavic’s latest offerings; still, the damage has been done. Few would characterize the 127-year-old French brand as progressive.

Enve is substantially smaller, with just US$30 million in stated annual global sales, but its brand perception could hardly be more different.

Whereas Mavic’s wheel catalog spans a broad range of price categories with a focus on aluminum rims, Enve has steadfastly concentrated at the premium end, using carbon fibre rims exclusively. An early partnership with aero guru Simon Smart also spawned the innovative ‘Smart SES’ range of road wheels, while off-road, Enve is still one of the only companies to successfully introduce composite rims to the downhill scene.

Despite the brand’s relatively short history, Enve has also managed to establish itself as one of the most sought-after brands for handlebars, stems, seatposts, and forks. Though it’s based in Ogden, Utah, Enve’s tagline, “Handmade in the USA” applies only to its rims; other components are produced overseas. Regardless, the Enve label is unquestionably viewed as one of the more desirable in the industry.

WHAT THE DEAL MEANS MOVING FORWARD

In terms of business, consumers will notice very little impact, at least in the short term. Enve will assume sales and distribution duties for Mavic in North America while gaining access to Mavic’s expansive global commercial resources — which, at the very least, could mean more Enve wheels and components as original spec on complete bikes, possibly by late-summer trade show season.

As for their respective products, both entities have naturally stated that they will continue to operate independently with consumers seeing little-to-no obvious changes.

“Of course there will be some collaboration and shared services, but we will remain two separate brands,” Mavic brand manager Chad Moore told CyclingTips. “So, for now, you’ll see no changes in the product lines.”

Enve’s marketing director, Jake Pantone, echoed Moore’s sentiments. “They [Amer Sports] don’t want to change who we are as a brand, and as such, it’s basically business as usual for us,” he said. “As for product, the two brands are going to act basically autonomous. We will share technologies where it makes sense, but each brand has some core competencies. The goal definitely isn’t to dilute either brand into something lukewarm.”

History has demonstrated time and again, however, that such arrangements don’t always end up as they’re initially projected. A few examples include Trek and Klein/LeMond/Gary Fisher, Serotta and Fat City Cycles, and Blue Competition Cycles and Mad Fiber.

There are, however, a few scenarios that are easy to imagine. Mavic could well look to leverage Enve’s considerable experience in composites engineering and aerodynamics to revamp its aero road wheel range. Mavic may finally incorporate carbon fibre into its languishing mountain bike collection. Mavic could launch a collection of branded aftermarket handlebars, stems, seatposts, and maybe even forks — all with the hope that some of Enve’s reputation will rub off.

What seems most logical in our view, however, is that Mavic will return to its roots and concentrate on aluminum rims and wheels, reestablishing itself as a juggernaut in the mid-range of the market. Despite perceptions, Mavic’s strengths have always revolved around aluminum rims and a remarkably in-depth understanding of what makes a good wheel. Combining those two with an updated view of what’s needed in the modern world would make for quite the compelling combination.

Meanwhile, Enve will (hopefully) retain its position as a premium brand exclusively, continuing to focus on composites. Major shakeups to its component range would be unlikely in this scenario, although changes in its wheel products would be almost inevitable. Mavic’s considerable knowledge base in terms of wheel stiffness, inertia, and durability would likely play into upcoming wheel designs. Being much larger, the French company might possibly inject some financial support for future Enve R&D projects, too.

One of the bigger questions in the near term is what hubs Enve will use since current suppliers DT Swiss and Chris King may not be eager to provide product to a direct competitor.

Only time will tell how this marriage will play out, but hopefully the cycling industry’s long and storied history of botched mergers and acquisitions won’t repeat itself yet again.

It seems it’s the season for mergers and acquisitions. Vista Outdoor, which currently owns Camelbak and Bollé, has entered into an agreement to acquire Bell, Giro, C-Preme, and Blackburn from BRG Sports, operated by Bell Sports Corporation.

The Scotts Valley, California-based Vista will pay $400 million for the brands.

“Vista Outdoor is a perfect new home for the Action Sports division as they join an expanding outdoor sports and recreation company comprised of market-leading brands,” said BRG Sports executive chairman and chief executive officer Terry Lee. “Under Vista Outdoor ownership, we are confident Bell, Giro, C-Preme and Blackburn will continue to drive product innovation and lead the industry. We know they will continue to foster the strong people and product culture that makes these brands great.”

Rossignol ski, snowboard, and nordic sports company finalized its acquisition of French bike manufacturer, Time Sports, on Tuesday. Rossignol Group made the move after discovering logical similarities between the two companies’ markets: Skiers are often cyclists in the off-season and vice versa.

Both companies also work with composite materials and are involved in the manufacturing of high technology products like skis and bicycles.