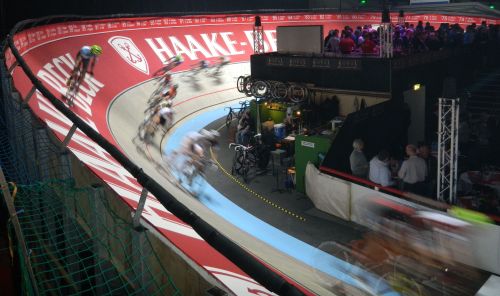 This weekend I rode my first Brevet of 2013 and my first ever Kinki (i.e. Kansai) Audax event.  Where to ride 400km in mid-January, without a near certain cancellation or ice?  Kinki Audax decided to try a route starting in Takamatsu, heading west along the northern coast of Shikoku, over the „shimanami kaido“ — a bike route that goes on bike paths over spectacular bridges, via islands of the seto nai kai from Imabari in Shikoku to Onomichi on Honshu (Hiroshima Prefecture), then eastward back to Himeji, a town west of Kobe in Hyogo Prefecture, famed for its beautiful castle.
We departed at 5AM from Takamatsu in dark and near-freezing temperatures.  I recognized and greeted a number of riders from other events.  3 of the Japanese contingent from RM1200 were present (Kaz Tachikawa, Makiyo Goto and Yoshiaki Philippe Misawa).

The ride in Shikoku was uneventful.  We passed some very nice seashore, and lots of industry.  The roads were mixed but at least traffic was very light on the early Sunday of a 3-day weekend.  The organizers required us to detour out to the tip of land just underneath the Seto Ohashi, the bridge from eastern Shikoku to Okayama.  Since there was no official checkpoint, we needed to take photos of our bicycles with the bridge in the background as proof of passage.  Mine looked like this.

As we rode through Niihama, an industrial city, I remembered visiting a water park there with my family the one time I had been in north Shikoku previously, on the way from Matsuyama back to Tokyo, more than 10 years ago.  The water slide was great.  The men’s locker room had a very large, prominent sign warning that the establishment refused service to persons bearing tattoos.

Then things slowed down.  After the first long bridge, I stopped at a michi-no-eki restaurant and enjoyed some local seafood for lunch.

This must be the most expensive bike path in the world — with bicycle/pedestrian-only bridge entrances in places along the lines of the loop road you can see in the photo, carefully graded, drained, and built to the gold-plated standard of Japanese government contracts.

But it is nice, and is wildly popular … in warmer weather.  Even in January there were a few cyclists other than the brevet riders.

Anyway, I ran out of energy before the last bridge approach climb, stopped for an energy bar and managed to make it to Onomichi by around 4:30PM.  227 kms in and still on track for a decent time.  But the Onomichi checkpoint was a Mister Donut in front of the main station.  Onomichi looks like a nice tourist town and there were lots of people there on the holiday weekend.  I waited more than 10 minutes just to buy a donut and get my receipt.  Then after a rest with other riders I went another 20-30 minutes to the East and stopped for convenience store pasta.  On the next stretch I fell in with a couple other riders and we worked together.

But around 730PM the rain started.  At first it was light rain (mixed with sleet).  Then it got heavier, but at least the sleet disappeared.  Eventually I was wearing rain pants and jacket, with plastic bags over my socks, inside my shoes.  The pace slowed.  And slowed.  The rest stops were cold.   My feet and hands were cold … I had some navigation issues, managed to backtrack without losing much time, rested briefly at a 24 hour McDonalds to recharge my GPS unit, made it through some very dark, rural patches in the hills, and finally to the finish in Himeji.  I wished at this point that I had been riding with Jerome — who would have insisted on stopping for a proper meal in the early evening.

The last 125 kms was almost entirely riding alone in the cold rain.  But a nice sense of accomplishment to make it through.  In the end, it took me 22:40 or so to complete, and I was 16th fastest of 90 participants, approximately 60 of whom completed within the 27 hour time limit.  And there was a good group at the family restaurant in Himeji where we all ate and rested a few hours … before heading for the morning train home.  By the time the train entered Shizuoka, the scenery had changed to white. 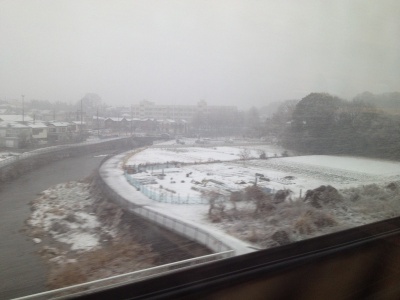 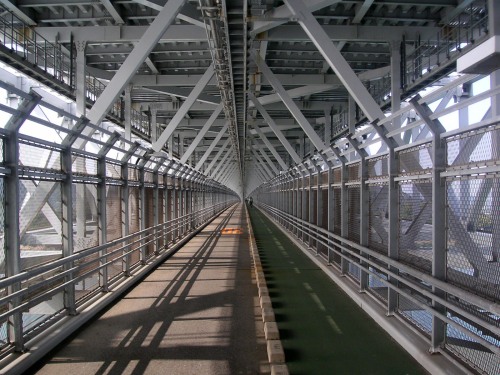 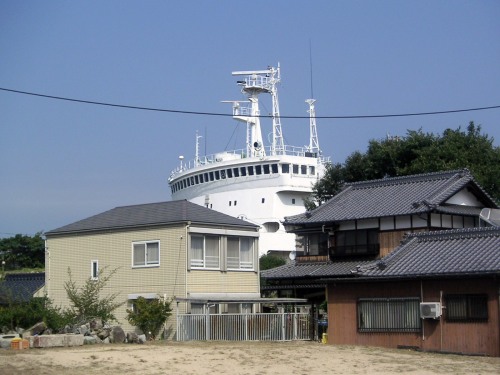 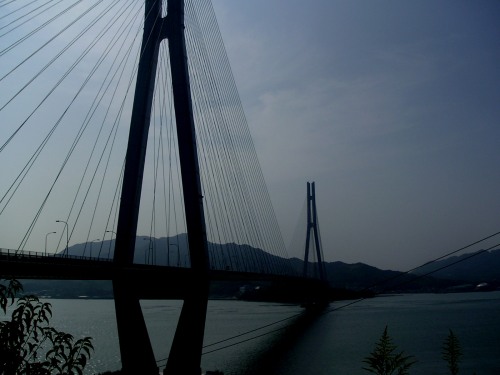 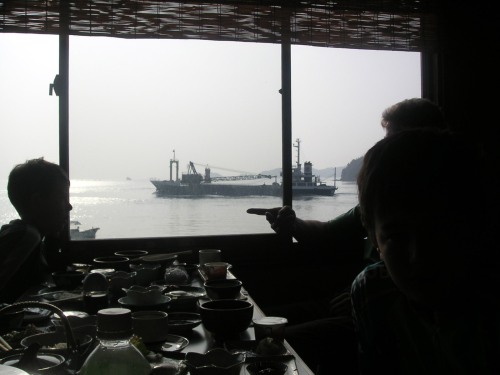 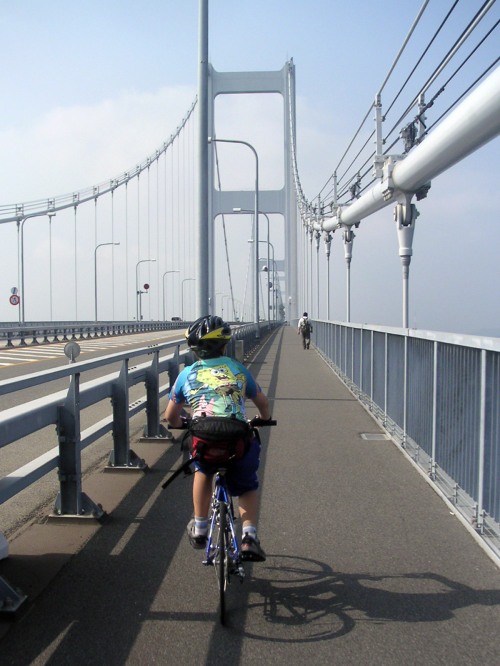 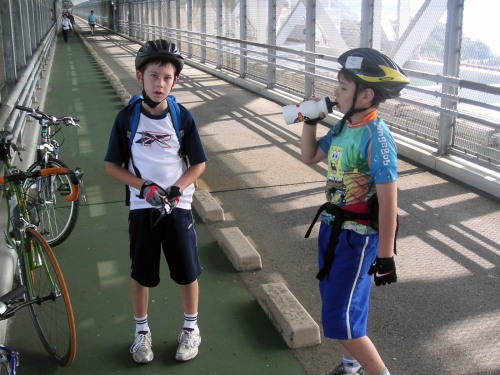