„One is tempted to believe that a stupid man will only do harm to himself but this is confusing stupidity with helplessness. On occasion one is tempted to associate oneself with a stupid individual in order to use him for one’s own schemes. Such a manoeuvre cannot but have disastrous effects because a) it is based on a complete misunderstanding of the essential nature of stupidity and b) it gives the stupid person added scope for the exercise of his gifts.“

Stupid people are everywhere. And, as we all know, no class, race, sex, occupation, political affiliation, country of origin, or degree of wealth has a monopoly on stupidity. Stupid people cause profound damage to individuals and to society at large. But, for the most part, stupid people operate in a kind of anonymity. Consequently, we are frequently ambushed by them and pay the often hefty price.

I say stupid people operate in anonymity not because we all don’t know stupid people, but because stupid people don’t have a huge literature identifying them. There are countless books written on how to be smarter, how to improve critical thinking skills, how to learn faster and how to develop acumen in all sorts of fields of endeavor.

There are books on the traits of highly successful people and on the classification of various intellectual skills. But where is the Field Guide to Stupid People, the reference source we need to identify and avoid – as much as is possible – the often irreparable harm such people can inflict? Such a book doesn’t exist. Or at least I thought it didn’t.

All that changed a few months ago when I was in Paris, roaming through the English language section of my favorite Parisian bookstore, Galignani.

Buried on the table of new releases was a small volume with the seductive title: The Basic Laws of Human Stupidity. I picked it up, flipped through its 70 or so pages, and almost put it down. But something told me to go ahead and purchase it despite its hefty 12.25 Euro (~$17) price for such a little book.

Now knowing what’s in this little book, I would have paid multiples of that price.

The author of the book, one Carlo M. Cipolla (1922-2000), a professor of economics at UC Berkeley and at Scuola Normale Superiore in Pisa, wrote it while at Berkeley in 1976, privately published it and handed it out to about a hundred friends. Professor Cipolla, believing his little book could be only enjoyed in the language in which it was written, refused multiple requests for translations. Finally, he relented in 1988 and translated The Basic Laws of Human Stupidity into Italian, and it became an immediate bestseller. Since then it has been translated into multiple languages, but had never appeared in English other than in the impossible-to-find first self published edition.

Finally, the Italian publisher has come out with a paperback version in English, the language in which the book was originally written. Unfortunately, this English language edition is available only in Europe. Don’t despair. A Kindle version is available through Amazon for a mere $7.90. It will be the best $7.90 you ever spent.

If you read anything about this book, you will see if referred to as a “humorous” little toss off or a “Swiftian” take on stupidity by a well-regarded, prolific economic historian. But I don’t believe that is the case. The book is way too sensible, and I’ve had way too many interactions with stupid people to believe for a minute this isn’t a serious book.

Stupid people are legion and powerful. As Professor Cipolla explains:

After Darwin we know that we share our origin with the lower members of the animal kingdom, and worms as well as elephants have to bear their daily share of trials, predicaments, and ordeals. Human beings, however, are privileged in so far as they have to bear an extra load — an extra dose of tribulations originated daily by a group of people within the human race itself. This group is much more powerful than the Mafia, or the Military Industrial Complex, or International Communism — it is an unorganized unchartered group which has no chief, no president, no by-laws and yet manages to operate in perfect unison, as if guided by an invisible hand, in such a way that the activity of each member powerfully contributes to strengthen and amplify the effectiveness of the activity of all other members. The nature, character and behaviour of the members of this group are the subject of the following pages.

Let me point out at this juncture that most emphatically this little book is neither a product of cynicism nor an exercise in defeatism — no more than a book on microbiology. The following pages are in fact the result of a constructive effort to detect, know and thus possibly neutralize one of the most powerful, dark forces which hinder the growth of human welfare and happiness.

Sadly, it doesn’t matter whether you are talking about the Mafia, the Military Industrial Complex, International Communism, your college classmates or the Democratic or Republican parties, there are always more stupid people than you think. In fact, that is Professor Cipolla’s first basic law:

Always and inevitably everyone underestimates the number of stupid individuals in circulation.

Professor Cipolla goes on to define that number as σ (sigma) and explains:

No matter how high are one’s estimates of human stupidity, one is repeatedly and recurrently startled by the fact that:
a) People whom one had once judged rational and intelligent turn out to be unashamedly stupid.
b) Day after day, with unceasing monotony, one is harassed in one’s activities by stupid individuals who appear suddenly and unexpectedly in the most inconvenient places and at the most improbable moments.

All of which is true, of course, and has been borne out of countless unfortunate experiences we have all had.

So beware whenever you are exposed to a group of well meaning, seemingly normal people. Bankers, lawyers, accountants, doctors, artists, politicians (especially politicians), teachers, aviators – it doesn’t matter. In accordance with this first law, there will be σ of them who are stupid, and that number will always be greater than estimated.

This wonderful little book, which can be read in one short sitting (I’ve read it, myself, at least ten times), describes how to identify truly stupid people and provides charts to do so. You can actually graph where those you know or know of fit into the stupidity quadrants; are they intelligent, are they helpless, are they bandits (not as bad as you might imagine), or are they stupid? As with all of life, there are overlaps, but for the most part, people fit pretty neatly into one of these quadrants.

I’ve dealt with some spectacularly stupid people in my time, and I’ve always attributed malignancy or hatefulness to them, but the reality is they’re stupid. And now, thanks to this book, I know why and can now identify them. Had I had it earlier, I could have saved myself a lot of trouble and a lot of money. The book describes almost exactly what has happened to me on a number of occasions.

One is tempted to believe that a stupid man will only do harm to himself but this is confusing stupidity with helplessness. On occasion one is tempted to associate oneself with a stupid individual in order to use him for one’s own schemes. Such a manoeuvre cannot but have disastrous effects because a) it is based on a complete misunderstanding of the essential nature of stupidity and b) it gives the stupid person added scope for the exercise of his gifts.

Sadly, I have had my share of stupid people exercise their gifts to my loss.

Those interactions were personal to me. Stupid people can harm you as well. But the real consequences come when they harm society or an entire country.

The damaging potential of the stupid person depends on two major factors. First of all, it depends on the genetic factor. Some individuals inherit exceptional doses of the gene of stupidity and by virtue of inheritance they belong from birth to the élite of their group. The second factor which determines the potential of a stupid person is related to the position of power and consequence which he occupies in society. Among bureaucrats, generals, politicians and heads of state one has little difficulty in finding clear examples of basically stupid individuals whose damaging capacity was (or is) alarmingly enhanced by the position of power which they occupied (or occupy). Religious dignitaries should not be overlooked.

The question that reasonable people often raise is how and why stupid people can reach positions of power and consequence.

Class and caste were the social arrangements which favoured the steady supply of stupid people to positions of power in most societies of the pre-industrial world. Religion was another contributing factor. In the modern industrial world class and caste are banished both as words and as concepts and religion is fading away. But in lieu of class and caste we have political parties and bureaucracy and in lieu of religion we have democracy. Within a democratic system, general elections are a most effective instrument to insure the steady maintenance of fraction σ among the powerful. One has to keep in mind that according to the Second Basic Law [explained in the book], the fraction σ of the voting population are stupid people [and by the first law, that population is larger than estimated] and elections offer to all of them at once a magnificent opportunity to harm everybody else without gaining anything from their action. They do so by contributing to the maintenance of the σ level among those in power.

I can’t recommend The Basic Laws of Human Stupidity heartily enough. I hope everyone gets it and reads it multiple times because it is a treasure trove of reason that will go a long way toward protecting you from unnecessary harm, financial and otherwise.

Thanks to Jimmy for the hint. 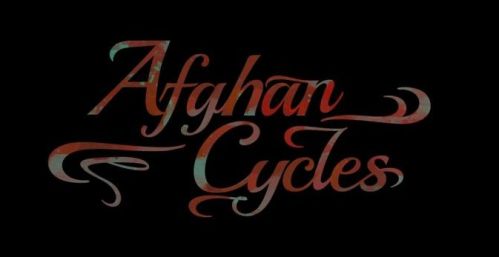